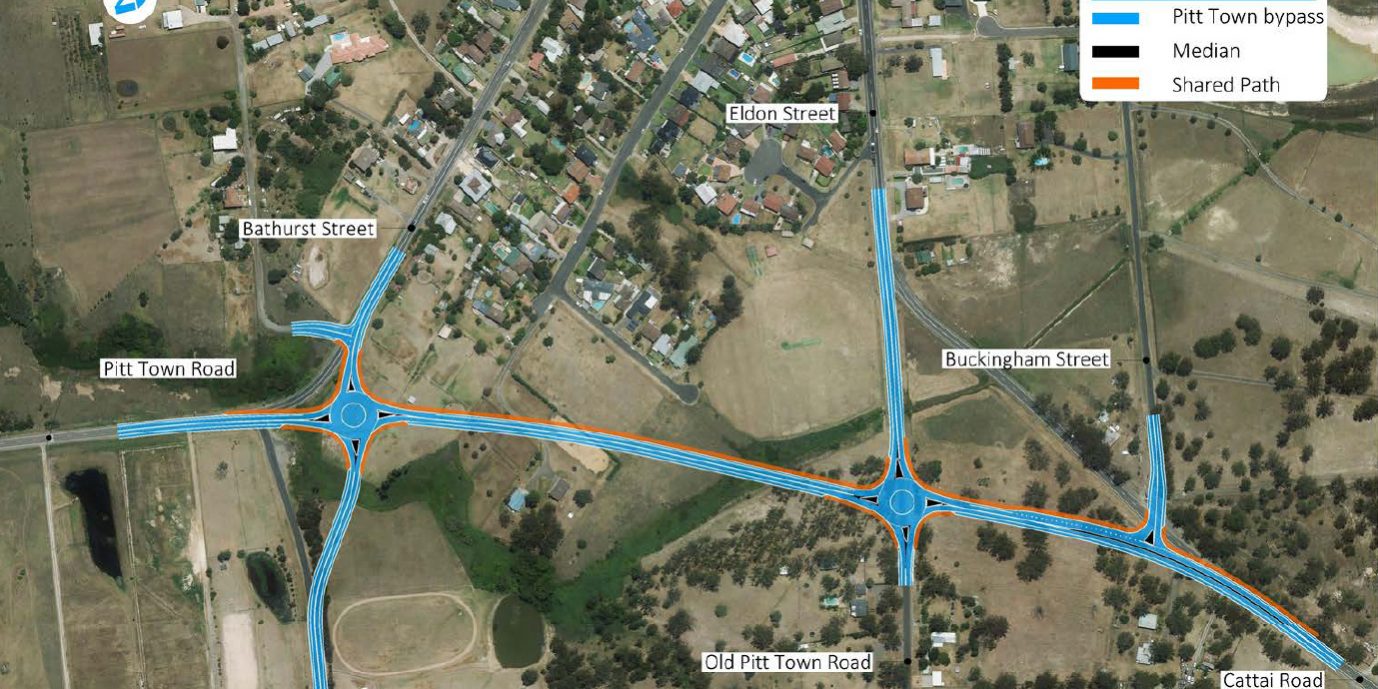 In today’s budget (20th June 2017) announcement the Pitt Town Bypass was mentioned by the Treasurer, Dominic Perrottet. He said:

“Our roads investment includes $3 million for the long-awaited Pitt Town Bypass to get the project shovel ready.

“This will enable us to progress a project which has been under consideration for more than 60 years and reduce heavy vehicles in the town centre so local streets can be returned to the community.

“It follows the preferred option for the bypass in March this year after extensive community consultation.”

This is great news of an important next step in seeing this long-overdue piece of infrastructure come to fruition. The overall traffic flow through Pitt town continues to increase year on year. The large truck-&-dog sand haulers already number in the hundreds of movements per day. This figure will increase sharply as other major infrastructure works, including the Badgerys Creek airport, come on line. The Maroota sand mine currently supplies more than 20% of Sydney’s sand for construction works with more than half a million tonnes of sand being transported through the Pitt Town village centre annually.

The RMS previously released (March 2017) a revised draft plan for the bypass that has incorporated feedback and suggestions from the Progress Association and other residents.

“Following consideration of community feedback in 2016 and further investigation, Roads and Maritime Services has selected a preferred option of the proposed Pitt Town bypass to progress to the next stage of development. We have included a map of the preferred option to help explain the proposal.

Further investigation has confirmed the features that can be included in the road design include: