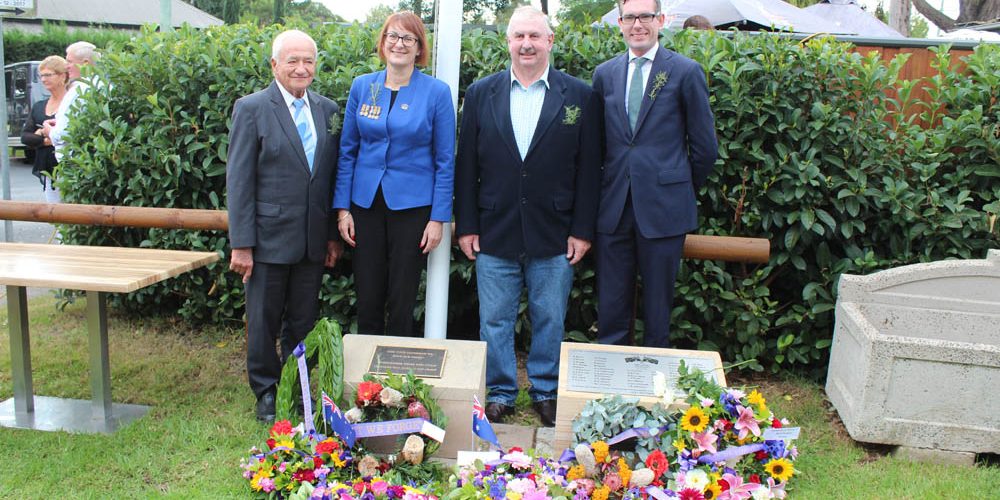 A cloudy morning with rain threatening didn’t deter the Pitt Town community from attending the 2017 ANZAC Day commemoration. The crowd is estimated to be approximately a thousand people, by far the largest number ever to gather in Pitt Town.

Owen Elliot and Brian Huxley were supported by Progress Association President, Peter Ryan in organising the ceremony which included wreath laying by:

Commander Rod Sadler RAN on behalf of the Bird in Hand Hotel, staff and patrons

Judy Newland on behalf of the Pitt Town Progress Association

Melissa Shearer on behalf of the Shearer and Mitchell families

Rev Rodel Palma, pastor of the Scots Uniting Church delivered a remembrance prayer as part of the formal ceremony that included the raising of the flag, the ode, spoken by the recorded voice of the late Phil Knight; and followed by the haunting sounds of the last post.

Susan Templeman MP, Member for Macquarie made a special presentation of a flag and a Certificate of Appreciation to Brian Huxley and Sylvia Knight on behalf of her late husband, Phil Knight.

Brian HUXLEY served as a Craftsman in the Royal Australian Electrical & Mechanical Engineers. He did his National Service in 1966 as part of the 6th Intake. In 1967, he served in South Vietnam, Nui Dat in Phuoc Tuy Province where he maintained Centurion tanks and armoured personnel carriers. He later served in Vung Tay and Saigon. Brian returned to Australia in 1968 and retired from active service.

Warrant Officer Phil KNIGHT enlisted in 1965 with the RAAF. After his training, he qualified as an armament fitter for maintenance of Vampire and Dakota aircraft. In 1973 was promoted to Corporal, and qualified for Martin-Baker ejection seats and Mirage and Macchi weapons systems.

With his promotion in 1979 to the rank of Sergeant, Phil was posted to RAAF Base Butterworth, Malaysia. Whilst overseas in 1981 he was attached to exercises at the Clarke Airbase, Philippines.

In 1983 Phil was attached to No.1 Central Ammunitions Depot for range clearance duties at Evans Head. He was promoted to Flight Sergeant and completed his explosives Inspection Course in 1986.

Phil was awarded Commanding Officers Commendation in 1990 for identifying defective missiles. This resulted in the cancellation of future purchases and the usage of defective missiles which would have damaged the aircraft to which they were fitted.

Phil was promoted to Warrant Officer in 1990 and retired in 1991 after 26 years’ service. Sadly, Phil has since passed away.

Brian Huxley and Phil Knight were the founders of the present Pitt Town ANZAC Day Commemoration, which has become the most attended function in our community and we thank them for their initiative.

Dominic Perrottet MP, Member for Hawkesbury, presented both Brian and Sylvia Knight, Certificates of Appreciation on behalf of the people of Pitt Town

Researchers at the Pitt Town Progress Association discovered records of the former residents of Pitt Town & district who served in the Boer War. Their names have been included on a commemorative plaque that has been placed on the Pitt Town Community ANZAC Memorial. These servicemen and woman served in South Africa 1899 – 1902 and were prepared to give their lives for King and Country. They have not been previously honoured at Pitt Town. They are:

The ceremony concluded with stirring renditions of the New Zealand and Australian anthems sung by tenor David Sanders.

After the ceremonies, all participants and residents were invited to the Diggers’ Breakfast provided by the Bird in Hand Hotel and volunteers. They served 480 free breakfasts!

We wish to thank all those involved in the organisation and who participated in the ceremonies; and especially to all the Pitt Town residents who, by their attendance, showed their support and appreciation of those who protect us.

Next year we will organise road closures and a better PA system so that we can accommodate an even bigger crowd. 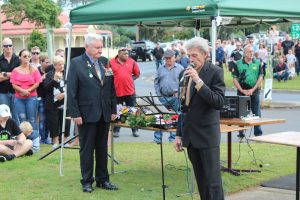 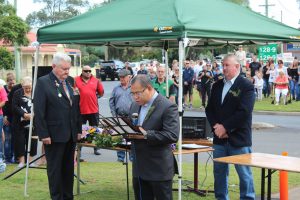 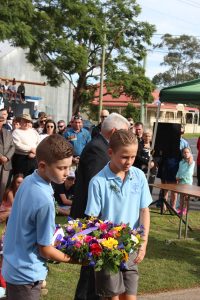 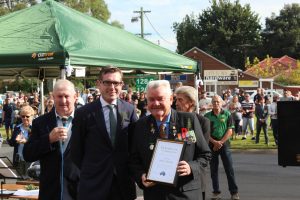 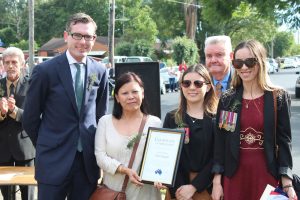 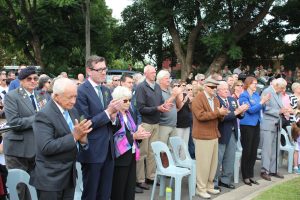